In each of our programs, we survey participants to find out what genres they like to read. In those surveys and in interactions we have throughout the program, we often discover that people like to read mysteries and suspense stories. Our forays into this genre have surprised and delighted us – these books make for a marvelous Books@Work experience. In fact, one group recently shared that they made a pact not to read ahead and they solved the mystery together, intensifying their connection as a group.

Suspense sometimes gets a bad rap – perhaps because it is so popular. We associate it with the summer beach read, the latest book-to-film adaptation. Suspense, we know, sells.

And it has for a long time. Many of the great, triple-decker classic novels we associate with being well read are suspense novels.  Charles Dickens’s Great Expectations and Bleak House are both suspense novels – as are Wilkie Collins’s The Moonstone and The Woman in White. The same goes for Frankenstein, Dracula. Charlotte Brontë’s Jane Eyre? Also suspenseful.

That suspense is classic is no coincidence. As Caroline Levine shows in The Serious Pleasures of Suspense: Victorian Realism and Narrative Doubt, suspense novels are fully as complex as the other kinds of novels we might envision ourselves reading seriously. More than this, Levine argues that, for nineteenth-century novels at least, by keeping people guessing and wondering about a novel’s ending, narrative suspense did the important work of encouraging rigorous thought. “Narrative mysteries remind us,” she writes, “that even the plentiful range of our guesses may be narrow when compared with the hidden truth. And so, as we read suspenseful plots, we learn to doubt and guess, to speculate and hypothesize, to pause in the knowledge that we do not know.” 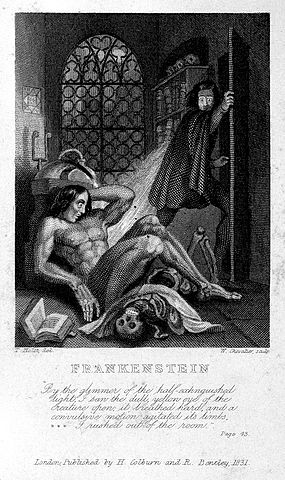 Narrative suspense helps us become critical readers and interpreters, and it helps us recognize our own limitations – we don’t know everything, and we may not have access to the truth.

This take on suspense, Levine demonstrates, has its roots in the nineteenth-century’s particular take on scientific thinking, which was characterized by a deeply skeptical “suspension of judgment.” Nineteenth century scientists and philosophers recognized that everything we know about the world is mediated by ourselves, through our brains:

“Scientists had to strike a balance between indulging hypotheses and constraining them, between liberating the mind and checking its unruly speculations against the evidence offered up by the alterity of the world. The metaphor of ‘suspending’ captures the uneasy experience of this provisional position, and the scientific experiment put it into practice.”

Levine goes on to argue that the scientific experiment “always implied a narrative of suspense.” Scientists would create hypotheses and then perform an experiment. Waiting for results “meant an anxious delay between the excitement of conjecture and the appearance of more certain facts.” The scientific experiment, like the suspense novel, requires a formal “back-and-forth movement between hypothesis and verification.”

Here is the best part: the back-and-forth movement is deeply pleasurable. It’s the source of that half-anxious, half- excited feeling that drives us to keep turning the page or (sometimes) to peak at the end of the novel. Levine calls this period the “pause,” and she writes that

“the pleasure of this pause is, at least in part, an excitement about the fact that the world may defy convention, resist authority, elude familiar representations. Thus we actually come to enjoy the split between world and mind, delighted to imagine that we do not know. Suspenseful narratives teach us to take pleasure in the activity of stopping to doubt our most entrenched beliefs, waiting for the world to reveal its surprises, its full unyielding otherness.”

Though Levine focuses specifically on Victorian novels, her argument rings true to for contemporary suspense novels. It’s no surprise then, that suspense novels top the best-seller lists and stay. It’s fun to solve the puzzle, to figure out the ending, to be sure. The more complex the outcomes, the better – a good suspense book is one that keeps the reader from guessing too early. In fact, suspenseful books show us that there can be a thrill in being wrong, that we don’t have to be right to enjoy the story. I, for one, agree. Give me the novel that shows me the world and my own limitations – and I’m happy too.

Why Do We Read Mysteries?