Working in – or managing – a municipality has its own set of challenges. Local governments are made up of people from a variety of professions and backgrounds working together to maintain order and quality of life for the citizens of their city. They do so while working in separate departments at different locations, and with rarely any opportunity to meet face-to-face, much less hold an extended conversation.

For one municipality, Books@Work effectively helped city employees come together, providing opportunities to share perspectives and deeper communication – including listening. In short, Books@Work was an opportunity to form connections between colleagues and departments, the foundation for efficient and human working environments. 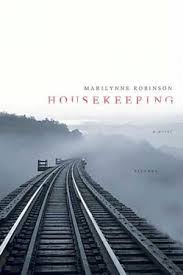 In this program, participants came from a variety of municipal departments, including the city manager’s offices, utilities, parks and recreation, fire and police, accounting and construction. Over the course of five months, they read and discussed books like Sara Henry’s Learning to Swim, James McBride’s The Good Lord Bird and Marilynne Robinson’s Housekeeping with professors from Oberlin College, Hiram College and Case Western University, among others. The discussion groups made it possible for employees – ranging from senior leaders to administrative staff – from across the city to meet in a common space and get to know one another.

Participants were especially struck by the number of quality connections they made because of the Books@Work program. Participants explained that the connections they made in their discussions were already making their working lives easier. One stated that “there’s a woman who works over at the police station… I never would’ve had any idea who she was, and now the last three days I’ve emailed her three times.” For another participant, getting to know one another through Books@Work helped her and her colleagues overcome past moments of disconnect:

“Normally, if I’m interacting with one of these other folks, something has gone wrong. I messed up a form or I’m doing something that I’ve never been trained to do. This program allowed the relationships to change. They were much more cohesive and more relaxed and jovial. Now, when we talk, rather than someone saying, ‘Okay, you filled out your payroll slip wrong’… it was like, ‘Oh, hey I took care of this for you. Is this what you needed to happen?'”

These connections were the product of lively discussions that helped participants engage with, respect and trust one another as they connected over a narrative. Discussing books enabled participants to learn more about one another’s perspectives. One indicated that he “didn’t know that one of my coworkers was so well read.” Another noted that “quite often we work with individuals with whom we have a shared value system: it was refreshing to get outside of that paradigm and listen to the thought processes of others.”

Participants felt that they grew in the conversations. One stated that he “learned some things about myself, as well, from sharing with my coworkers.” Another realized that she

“wanted to hear what others had to say. We had a lot of quiet people in our group and there were about three or four of us who talk a lot. After we went and talked too much, I said ‘Okay, look guys. We’re going to be quiet and we’re going to let some of the quiet people talk because we’re monopolizing the conversation.’”

Comfortable work environments are those in which we feel we can speak up and in which we want to listen to our colleagues – but it’s hard to do so when we’re all working toward different daily goals and in different departments. The chance to step away from work for a little while, to share new perspectives with old colleagues, and in many cases to see them face-to-face for the first time, gave city employees the chance to bring a little more of themselves to work, and make a few friends in the process.

Stepping Into Others’ Shoes: Literature and Workplace Diversity
One Book, Three Contexts: The Pleasure of Different Perspectives
Need Productivity at Work? Take a Break Together.