Creativity and Social Skills: What Machines Can’t Do

In a rapidly changing world, many low-skilled jobs have given way to automation, replacing individual workers with machines and reducing workforces considerably. But are high-skilled jobs immune to such automation? No, says Ji Shisan, a media executive with deep background in neurobiology, in a provocative piece in the New York Times.

In fact, computers and artificial intelligence are replacing human engagement in a wide variety of contexts. These include the Associated Press’ Automated Insights software, which “[produces] thousands of articles about corporate earnings each year,” Facebook’s “virtual assistant,” which “uses artificial intelligence (AI) to answer user questions” and “IBM’s Watson,” which “[determines] the best course of treatment for individual cancer patients.”

All the programs require human supervision, but as Shisan notes, “white-collar workers are understandably starting to worry about the day when AI can go it alone.” But rather than underscore this worry, Jisan reassures us: “The future’s still bright,” he says, “thanks to our creativity – our unique trait.”

Creativity is not our only advantage over the machines. As David J. Deming argues in a paper for the National Bureau of Economic Research, “human interaction is largely based on tacit knowledge and [. . .] computers are still very poor substitutes for tasks where programmers don’t know ‘the rules.’ Human interaction requires a capacity that psychologists call ‘theory of mind’ – the ability to attribute mental states to others based on their behavior, or more colloquially to ‘put oneself into another’s shoes.’” 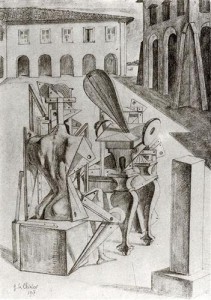 Social skills, like creativity, matter increasingly in a world of automated work. “Teamwork, collaboration and oral communication skills” are “among the most valuable yet hard-to-find qualities of workers.” What’s more, “social skill-intensive occupations” have not only experienced growth since 1980; as Deming shows, the need for social skills has grown at every level of the job market, “not just in management and other top-paying jobs.”

And while jobs requiring both high math/high cognitive capabilities and social skills have grown the most, occupations requiring advanced math but not requiring social skills have actually decreased in number. What does this mean for workers? Advanced skills or knowledge are less valuable – to them and to the companies that employ them – if they don’t have social skills to go with them.

Creativity, communication and collaboration are hard to find and difficult to teach, especially after people leave school and enter the workforce. Perhaps this is because so-called soft skills like creativity, communication and collaboration aren’t taught so much as practiced. A good teacher of soft skills is a good facilitator: she encourages students’ creative thinking, helps them learn to communicate articulately and with consideration for others and, as students learn more about each other through conversation, they are more able to collaborate. This kind of practice and facilitation is as difficult to find in a rigidly-structured school classroom as it is in strictly-controlled corporate training, both models that are premised on top-down learning, in which students passively listen and absorb information from an instructor or training module.

Fortunately, it is possible to foster soft skills within companies and other institutional structures, but, as we have found, to do so productively requires a potent mix of careful planning and comfort with ambiguity.

In Books@Work seminars, participants stretch their minds by reading challenging literature that asks them to “put themselves in others’ shoes.” Participants discuss – even debate – narratives and ideas with one another. While doing so, they practice speaking up and speaking articulately. They practice listening. They learn more about their colleagues and community members. And, by bringing their own experience and knowledge to bear on a text, they perform one of the crucial indicators of creativity: they create new interpretations, new knowledge.

It comes as no surprise that this practice spreads to daily life. As one participant in a manufacturing company told us, Books@Work helped her practice voicing her opinions:

“In the larger setting, in meetings when there’s somewhat of a hierarchy, I may be afraid to talk because my boss is in the room. In [Books@Work, I’m] not afraid to talk because I’m not getting judged. It’s not going to affect my performance review. It is more of a safe zone to express your opinion than a higher level meeting where you’re thinking, ‘Oh, no. I just said something really stupid.'”

Or as another participant, a municipal finance worker noted, getting to know one another in a seminar helped foster better communication – and ultimately collaboration – in the workspace:

“Normally if I’m interacting with one of these other folks, something has gone wrong. I messed up a form or I’m doing something that I’ve never been trained to do. [In Books@Work,] the relationships changed and they were much more cohesive and a lot more relaxed and jovial rather than, ‘Okay, you filled out your payroll slip wrong.’ It was like, ‘Oh, hey I took care of this for you. Is this what you needed to happen?’”

What we often call “good communication,” responding to others with empathy and consideration, is not something that can be learned by rote. Each interaction requires an imaginative leap of sympathy and identification, an exploration of the self as well as an exploration of the other. It’s no wonder that creativity and communication skills so necessary in collaborative work environments will save our jobs – they are human-centered creative acts that machines just can’t replicate.

Creativity on My Mind: 5 Takeaways from the National Endowment for the Arts