From time to time, professors who teach in Books@Work seminars offer perspectives on their teaching experience and approach in The Notebook. In this post, Professor Allison Schifani explores how participants engaged with theory with an eagerness different than her undergraduate students.

The literary theorist is a somewhat unpopular cultural figure. She is derided in the popular press on occasion and, perhaps unsurprisingly, mocked in literature itself. Take David Lodge’s exceptionally funny and insightful Campus Trilogy, for example, or the more recently published The Marriage Plot by Jeffrey Eugenides. For many academics, even, the theorist and her language seem at best obscure and at worst, elitist, ineffective, irritating. For someone like me who is deeply invested in theory, who believes in its force (both political and personal), these can be worrying facts.

But my experience leading Books@Work seminars has offered a wonderful, and surprising, counter to the narrative that seems most popularly accepted about literary theory. I have had the pleasure of running a number of Books@Work seminars, the first of which explored a series of short stories by Latin American authors. Participants in the program had not had any exposure to these works in their previous reading lives, nor had they had any concrete knowledge of literary theory. They did approach the texts we discussed, however, with the tool most valuable, I think, to any well-trained literary scholar: invested curiosity.

One of the stories we tackled together was a difficult piece titled “Love” by Brazilian writer Clarice Lispector. I expected some resistance to its unusual narrative style. But what I got was something else entirely. We talked about the performance of gender in the work and about social class. We talked about the instability of the narrative ‘I,’ and what that might mean about storytelling and language. We also discussed, perhaps most compellingly, the way these concepts mapped on to the day to day lives of those in the room.

While I recognize that the experience would have been very different had we read Judith Butler or Jacques Derrida instead of Lispector to engage these issues, I also saw participants arrive with ease and enjoyment at a critical reading that is sometimes nearly impossible to get from my undergraduate students. It helped me remember that while the literary critic and her language might be unpopular, the work she does is work that matters. And that, perhaps, there might be a literary critic ready to work in all of us. 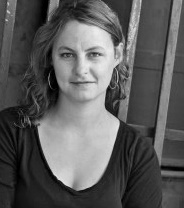 Allison Schifani is an Assistant Professor of Digital Humanities at the University of Miami and frequent Books@Work facilitator.