Today, we revisit a post by Books@Work’s Operations Manager Stephanie Ash, who reflects on her first Books@Work experience listening in on small-group sessions with veterans at the VA Domiciliary. 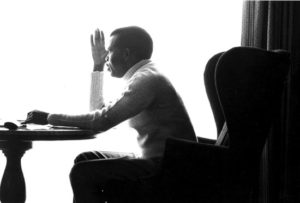 “Dead Men’s Path” tells the tale of young, energetic Michael Obi, who takes a new role as headmaster of a Nigerian school in 1949. Eager to modernize the school, Obi finds himself at odds with the village priest when he denies villagers access to a sacred ancestral path through campus. The disagreement breeds dire consequences.

I am the newest member of the Books@Work team and this was my first time witnessing the magic created when small groups of people engage in deep reflection, personal insight and collective sharing over a narrative. As the newbie, I floated between groups to observe. The discussions I overheard did not disappoint; they were filled with powerful stories that left a lasting impression on me.

As I walked around the room, I approached one group where a woman shared that she connected with the story because her ancestors came to America from Africa. She described how they were “stripped” of their customs and their ancestral names just like the headmaster in the story tried to strip the villagers of their customs. The woman offered that there are ways to accomplish goals without destroying everything, and the rest of the group nodded along.

In the corner of the room, a man speculated, “The path represents a way of life, culture. The path represents how they live and how they die.” Participants brainstormed other ways the headmaster and villagers could have compromised around cultural conflict while respecting each person’s need. One participant noted, “A good compromise makes both sides unhappy,” which was met with laughter and affirmations.

Another group discussed what they termed the “ripple effect,” the idea that dropping a pebble in a pond creates effects you can see, but only so far.  They compared the young woman who died from childbirth to an unintended ripple of the closed path and discussed how actions we take in our lives impact others in untold ways.

As the conversations wound down, I felt a bittersweet mixture of gratitude for hearing such moving insights and disappointment that the session was over so soon. I believe in the power of books to build bridges, connect communities and foster authentic relationships, and it was awe-inspiring to witness this power unfolding around me.

Achebe’s story seemed to resonate with the veterans and allowed them to not only connect with their own thoughts, but provided them with an opportunity to connect more deeply with each other. One woman, taken by the story, asked where she could read the rest of it. We told her that there was no more to the story. For me, this moment was the most beautiful way to end my first Books@Work experience: wanting more. 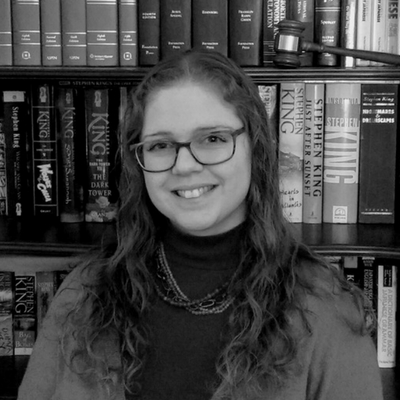 Stephanie Ash is the Operations Manager of Books@Work.