Diversity makes us stronger – diverse groups are more creative and innovative. Diversity is better for business, and it is better for our communities. We make these arguments on our blog and in our practice on a regular basis. And we are not alone: evidence on the benefits of diversity comes from publications such as the Harvard Business Review and the McKinsey Quarterly, among many others.

But is this always the case? In a major 2007 study*, Harvard Kennedy School of Government Professor Robert Putnam, famous for his book Bowling Alone, examined the relationship between diversity, social connection and political activism across the United States and found that diversity can have chilling effects, causing social isolation and political disengagement.

The greater the diversity, Putnam demonstrates, the less people trust one another. People in diverse neighborhoods have less confidence in government or in their own political influence. They are less likely to vote, or to think that others will work collaboratively with them to solve problems – but they are more likely to have an interest in politics and to protest. They are less likely to volunteer, give to charity or work “on a community project.” They spend more time with the television and less time with friends. Notably, Putnam shows that “diversity does not produce ‘bad race relations’ or ethnically-defined group hostility.” Instead, “in more diverse settings, Americans distrust not merely people who do not look like them, but even people who do. [. . .] In colloquial language, people living in ethnically diverse settings appear to ‘hunker down’ – that is, to pull in like a turtle.” 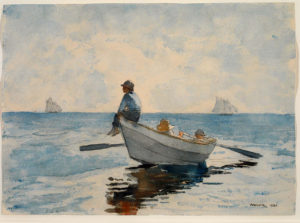 Putnam is adamant, however, that these negative effects occur only over the short- to medium-term. At no point does his research undermine diversity’s many benefits in the long term – among them increased creativity and innovation, “more rapid economic growth” and the capacity to “offset the impending fiscal effects of the retirement of the baby-boom generation.” In effect, his research exposes diversity’s growing pains. It also shows us how to move more quickly beyond them.

Putnam argues that if we want to reap the benefits of diversity, we need to “strengthen shared identities [and] we need more opportunities for meaningful interaction across ethnic lines where Americans (new and old) work, learn, recreate and live.” To get beyond social isolation, Americans need to come together and connect meaningfully. Through these interactions, Putnam suggests, we can come to a new and inclusive sense of who “we” really are.

Fortunately, it’s possible to foster the meaningful social interactions that build bridges and bonds across disparate groups. Day in and day out, Books@Work demonstrates that reading and discussion – sharing a good story, and then sharing our own stories – can help us understand different perspectives and trust and respect one another. As one participant told us, “The discussions taught me to think about how everyone sees and understands experiences from different viewpoints, and that it is good to listen to others. I learned from others’ thoughts.” Or, as another said, “They got to know where I was coming from and what type of person I was, not based on work, but based on morals and values and ethics. So, it gives you a different opinion of a person when you get to see the behind-the-scenes.”

The conversations in our programs are as diverse as the people in them: while some groups talk about race and religion, others talk scientific and workplace ethics. Participants discuss parenting and families. They reflect on loss and mourning, beauty and joy. No two discussions are alike, but they all have something in common: shaped by the participants (including the professors), they all bring people together.