We recently had the chance to speak with Brock Spencer, who recently retired as the Kohnstamm Professor of Chemistry at Beloit College where he taught environmental and interdisciplinary courses in addition to a range of chemistry courses. Brock has been involved nationally in NSF-funded projects to develop and disseminate an inquiry-based approach and instructional materials to better engage students in their introductory chemistry courses.

You’ve been leading programs with Books@Work since the organization’s early days. Since then, our curriculum and facilitation approaches have evolved. Do you feel a difference between the early days of teaching and now?

In the early days, I experimented with several different kinds of texts that had ties to the particular locale of the manufacturing company I led sessions at in Wisconsin – like Stewart Brand’s How Buildings Learn, which led to discussions of the participants’ own homes, the long evolution of the buildings they work in, and changes in our community. Later, we realized that texts with a more personally engaging storyline worked better and led to powerful discussions about relationships in the workplace and beyond. These engaging stories connected to the participants’ experiences at work, as well some interesting family histories.

We have also experimented with a range of formats. Initially, I worked with multidisciplinary groups to encourage connections across the company, but recently I have been working with natural work groups who know each other well and are accustomed to working together. With those groups, my approach has evolved from having a focused set of discussion topics and questions that I want to cover to one that suggests possible directions and provides occasional nudges to move on or consider something else. I join the discussion as another co-equal participant.

You’ve facilitated programs with a wide range of groups in one single manufacturing company. Has working within one company had an impact on how you facilitate your sessions? 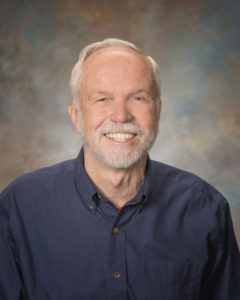 Being familiar with the company, its history and current mission, its connections to the local community, and the relationship among the different groups I work with has made it possible to suggest directions for discussion that probably would not occur otherwise. The Girls of Atomic City deals extensively with life in the “secret city” hastily constructed for its large workforce, somewhat paralleling the early concentration of workers and company recreation facilities around the plant, with successive generations often working there. We also talked about the experience of African Americans recruited to Oak Ridge to aid the war effort, where they were integrated into the workforce but kept separate in housing. That provided an interesting connection to the housing constructed by the participants’ company for African American workers during WWI.

Did facilitating Books@Work sessions make you think differently about your own teaching?

Having spent most of my career working with traditional college-age students taking courses for academic credit, this move to a more mature group with a wider range of ages and experiences, as well as a different motivation for being engaged, meant I definitely was learning as I gained experience. But the process of trying to identify what is relevant in the text is the same. What is different is exploring the wider range of relevance for a more mature group – that makes me think that I may not have been as ambitious as I might be with my college students, who sometimes surprise me with what they find relevant or the depth of their questions and analysis.

What do you enjoy most about the Books@Work experience?

Definitely being able to take advantage of the range of life experiences that a varied and mature audience brings to the discussion. I was regularly surprised by the connections they made, that had not occurred to me – family and community, as well as work connections, a broader collective knowledge of history and experience in society. For example, the central role of organized religion in Stranger in Strange Land prompted one participant to do some research, which showed us the story’s connection to Scientology and the author’s connection to L. Ron Hubbard. Or the range of family stories related to World War II that emerged as we discussed The Girls of Atomic City – having several generations represented, from long-time employees and much younger ones recently hired, definitely enriched our discussions. The participants are there because they want to be there, which leads to discussions that are engaged, rich, personally relevant to them, and illuminating to me.