In which we welcome Maredith Sheridan to The Notebook and the Books@Work team. Today, she writes her first of many posts. Please join us in welcoming Maredith and her ideas to this space. —Ann Kowal Smith, Executive Director

My first college-level literature class was called “Writing the Essay,” a required seminar meant to teach the basics of crafting an argument rooted in textual evidence. We would write three essays over the course of the class in response to novels, essays and plays we read. I entered the seminar with a chip on my shoulder. I’d always been a bookworm; I knew how to read closely, and I was confident in my writing. It’d be an easy A.

Oh, how wrong I was.

Our first assignment asked us to read Plato’s Symposium and identify flaws in his argument. I was incredulous. How did they expect me, an 18-year-old with minimal knowledge of philosophy, to take on one of the most famous philosophers in history? I could barely understand the text, let alone harness the skill to critique it.

My struggles continued in other literature courses. I began a seminar called “The Irish Renaissance” that focused on William Butler Yeats and James Joyce, two notoriously cryptic writers. The professor asked us to draft an essay that analyzed Joyce’s story “Eveline” and Yeats’s poem “The Man and the Echo.” Though the story resonated with me, the poem had me utterly stumped. I felt powerless and unable to comprehend the core of Yeats’s message. I reached out to my professor for help. 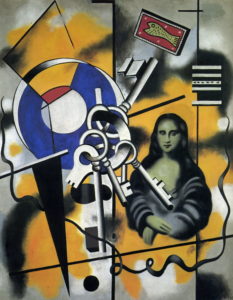 The piece of advice that he gave me was so enlightening that it’s been pivotal to my work as a student of literature – and, in fact, pivotal to the career path I’ve followed since graduation. “Think of the short story as a key,” he said. “Use it to unlock the poem.” It was a total a-ha moment. Use one text to unlock the other. When I considered the themes in “Eveline” – duty to family, paralysis, fear of the unknown – it opened my eyes to the many similar questions explored in Yeats’s poem. As I took additional courses, the advice proved invaluable as I “unlocked” Simone de Beauvoir with Margaret Atwood’s The Handmaid’s Tale or used Herman Melville’s Moby Dick to tackle Dante’s Inferno.

I love the idea of literature as a key. When we read a novel, we inhabit the inner lives of its characters. We are firsthand witnesses to their choices, their anxieties and their heartache. We feel with them; we watch them grow. A novel, to stay with the metaphor, opens a door to our humanity and forces us to confront it.

“Why do we study literature?” a former professor once asked my creative writing class. In many ways, Books@Work embodies the answer. Reading connects us to the universal psyche in a way that few other activities can; and reading in a group setting is even better. When we discuss a piece of literature, we get to know each other on a profound level. We recognize our similarities and learn from our differences. And in a country where employers say that inter- and intrapersonal skills are both the most important and the most deficient skills in their workforce, books have a lot to offer.

I love Books@Work because it captures the learning spirit that inspired my life’s course and brings it to the workplace. With seasoned professors and sophisticated texts, Books@Work encourages honest conversations between colleagues who may never go beyond small talk during the work day. It promotes empathy, builds confidence and lays a strong foundation for better communication and mutual respect. Most importantly, it crafts a setting that allows employee teams to tackle obstacles that hinder them. It’s not easy to confront conflict at work; using the text as a vehicle to face issues is a brilliant way to grow both collectively and individually.

Over the last several weeks, I’ve had excellent conversations with my new colleagues about the Books@Work mission and way of thinking. Recently I discovered that they’ve used James Joyce’s story “Eveline” in multiple programs. This time, the story is used as a key to open minds, spur critical thinking and build trust among a group of colleagues. It’s funny how things in life come full circle.