Learning From Our Differences: Talking About Nervous Conditions

This piece, written by Gail Arnoff, was originally posted on the Ansifield-Wolf Book Awards Blog. An adjunct professor at John Carroll University and Presidential Fellow in the SAGES program at Case Western University, Gail has taught in many Books@Work programs.

“I was not sorry when my brother died.” So begins Tsitsi Dangarembga’s semi-autobiographical novel Nervous Conditions, the story of Tambudzai, a teenage girl in the former Rhodesia (now Zimbabwe) who lives in two worlds: that of her parents, poor farmers who earn a meager living, and that of her aunt and uncle, whom the British colonists have chosen to receive an education in England and eventually to run the missionary school. I fell in love with Tambu in the first few pages, and as I introduce her to more readers, I have discovered that they take her to their hearts as well. This includes participants in a Books@Work group as well as college students in a “Questions of Identity” seminar.

The title comes from a quote by Frantz Fanon, a psychiatrist, writer and revolutionary who declared in his seminal work The Wretched of the Earth (1961) that “the condition of the native is a nervous condition.” The plot is complex, but fairly easy to follow as Tambu sets out to explain, in the opening chapters of the book, why she is not sorry her brother has died. We meet other members of her family, including Jeremiah, her lazy, demanding father; Mainini, her mostly submissive mother; her Uncle Babamukuru, who heads the family and the mission school;  Maiguru, Babamukuru’s wife, who even with her college degree continues to kowtow to her husband’s many needs; and Nyasha, Tambu’s troubled cousin, who plays a major role in introducing Tambu to a new world. 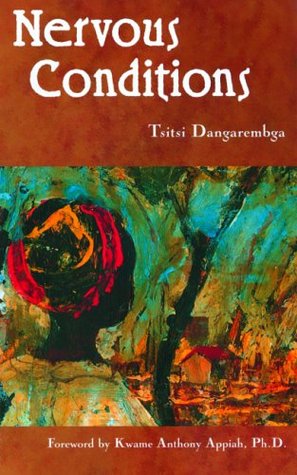 The Books@Work group related easily to Tambu’s brave response as she comes to understand the patriarchy of her family, members of the Shona tribe. Many readers  recognized themselves in Tambu’s spirited rebellion and determination to become an educated, independent woman. Several recounted their own teenage adventures, as well as those of their teenage daughters. We laughed often when sharing adventures of sneaking out to see a boy or taking that first sip of beer. In more serious discussions, we listened to a participant who grew up in Nigeria and another married to a man from Zimbabwe. Both provided insights into some of the customs and issues that frame Tambu and her family. These women’s experiences added richness to discussions fueled by Tambu’s resourcefulness and tenacity.

My college students, much closer to Tambu’s age, were often outraged – particularly at the patriarchy and the colonialism. When Babamukuru and his family return from England, to Rhodesia, their acquaintances treat them differently. They have become “hybrids.” At her uncle’s house Tambu is shocked when Anna, a woman working in Babamukuru’s home, kneels down in front of the two girls to tell them that dinner is ready. These scenes likewise shocked some students, most of whom have never seen the stark discrimination and race separations confronting Tambu and her cousin.

Nevertheless, students who come from places quite different than 20th century Rhodesia/Zimbabwe, are drawn again and again to the characters in Nervous Conditions. “I found myself relating to [Tambu’s] thought processes and parts of her personality, in particular the way she takes on the role of observer in many situations,” wrote one first-generation American whose parents are Chinese. Another student said that reading the novel was “like walking into a swimming pool: I felt pretty cold when I first started reading, but I got warmer and more engaged as I got to know the characters and began to puzzle out the themes.”

For both groups of readers, Dangarembga’s writing seemed more straightforward than lyrical; it is the responses of her characters that kindled interest. As one student said,  Tambu “does not look back on her life with kind or insensitive eyes. Instead, she is pragmatic and honest.  She acknowledges the nostalgia that may or may not have seeped into her narrative, but otherwise, Tambu is a shrewd and reliable narrator.  I appreciated Tambu’s fairness.”

Maybe it is especially that “fairness” that wins over readers. Tambu tells her story without pronouncing judgments or offering solutions. She reports that she has gone through a “process whose events stretched over many years and would fill another volume, but the story I have told here, is my own story, the story of four women whom I loved, and our men, this story is how it all began.” Her fair, straightforward story offers readers an opportunity to measure their experiences against hers. To learn from her, and from each other.

The Incredible Staying Power of James McBride’s The Color of Water
Sharing Good Books: How Conversation Bridges Differences and Fosters Empathy
The Element of Surprise: What Stories Help Us See 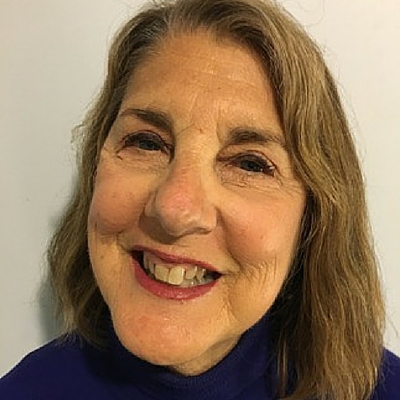 Gail Arnoff is an adjunct in the English Department at John Carroll University and a Presidential Fellow in the SAGES program at Case Western Reserve University.