Literature as a Platform for Authentic Inclusion

One needn’t look too hard to find evidence that diverse workplaces are more innovative and tend attract a broader pool of new potential hires. And recent McKinsey research demonstrates that companies with diverse workforces perform better financially as well.

But in a recent Books@Work session, a participant’s comment left me thinking about the inadequacies of diversity by itself. “We often mistake proximity for inclusion” he said, referring to a story by Chinua Achebe, “Dead Men’s Path.” Reflecting on the story’s depiction of a spectacular failure of communication, he challenged the assembled group: If we can’t find ways to share our discomfort, challenge our assumptions, and open our apertures to the ideas and experiences of others, can we truly capitalize on diversity and move forward together?

I appreciate that building a diverse workforce is, in and of itself, not easy. But creating a culture of sharing and openness is harder still. In fact, the ‘inclusion” part of “diversity & inclusion” stymies even the most diverse companies who have not yet found a way to create a safe and authentic forum for divergent experiences and perspectives. And inclusion interventions often leave people feeling raw and vulnerable as their worldviews are challenged and assaulted – sometimes head on. 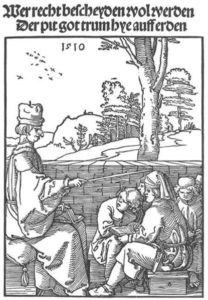 In this way, narrative literature is a godsend. Because it features human beings at both their strongest and their weakest (and, if it’s really good, both at once), literature provides both the mirror and the window we need to explore ourselves and others. It’s precisely this kind of healthy personal exploration that pushes us to question our closely-held beliefs. In Achebe’s powerful story, protagonist Michael Obi moves to a small town in Nigeria in 1949 to build a new school. Spurred by an unseen colonial force, his passion and ambition cause him to ignore the traditions of the village people, dismissing them as “superstitions,” resulting in a cataclysmic failure for Obi, the school and the village itself.

In a handful of pages, Achebe weaves a deceptively simple tale that unpacks layer upon layer of meaning, both in and out of its original context. We have read the story with veterans, with police officers and community members and with senior managers of a public company exploring the future of their organization. Achebe’s tale opens itself to participants who see something of themselves in Michael Obi, but also in the village elders whose very focus is to uphold the ways of habit, custom and tradition. And this personal identification allows participants to explore their biases and views without judgment.

In short, to reconsider assumptions through the actions of a fictional character like Michael Obi is far safer than a formal discussion of bias and misunderstanding. The story is both a provocation for meaningful discussion and a safe place to retreat if the conversation becomes too tense. In one discussion, a seasoned school teacher considered the ways she had championed classroom improvements at the expense of student rituals simply because she knew her approach would be better. While both the participant teacher and Michael Obi carried out their goals with good intentions, they encountered resistance from a group of individuals not ready, or not yet willing, to make such changes. Obi’s story shows something the teacher felt personally: even the best of intentions are insufficient to overcome ill-considered means.

Another comment, however, took the group out of their comfort zone. When a participant compared one of Obi’s actions to President Trump’s desire to build a wall along the Mexican border, the politically diverse group fell into an awkward silence. Achebe’s text came to the rescue, permitting the group to consider the comment respectfully while redirecting the discussion to a different theme with less overt political reference. But the comment, once made, stayed with the group as a viable, if controversial, interpretation, without derailing a thoughtful and multilayered conversation – a reminder that an open and inclusive forum necessitates entertaining all perspectives, even uncomfortable ones.

Cleveland State University Professor (and Books@Work partner) Jeff Karem recently touched on this idea of a literary text as a safe vehicle for sensitive but necessary discussions. When we consider fictional characters’ choices, Jeff said, we reconsider our own. “When you start inverting paradigms, it makes it safer to start asking broader questions about issues of race or justice or class and things like that,” he said. “You can let the characters be the fulcrum or the lever to start that discussion. . . rather than saying, ‘Welcome to our discussion, check your privilege.’”

Stories like “Dead Men’s Path” create opportunities to “check our privilege” and to explore the worldviews of people unlike ourselves. And more importantly, they allow us to embrace and talk about our diversity in a safe and inclusive environment. A Books@Work participant recently shared her thoughts on what diversity & inclusion should look like in her organization. “Inclusion has to be not necessarily what people look like, it has to be what they feel, and they have to feel safe – safe to have conversations,” she said. “Otherwise, we walk around here being politically correct, but not engaging.”