Pins and Needles: Why Discomfort Is the Key to Change

An early innovator of creative nonfiction, Norman Mailer is known for pushing the envelope and transgressing genre. His career path alone is a testament to his willingness to be uncomfortable and challenge boundaries: He was a novelist, an essayist, an activist, a playwright, an actor and a filmmaker.

“Every moment of one’s life is growing into more,” Mailer once said, “and retreating into less.”

But retreating into, for many, is the natural reaction when dealing with discomfort. Consider a common work situation: You’re working with a group of colleagues on a complicated project. You seem to be reaching a consensus in how to move forward until one colleague raises a new, alternative idea. Another colleague shuts it down abruptly, and awkward silence ensues. You step in with a joke to ease the tension and get the discussion back on track.

But what if that colleague’s idea was worth exploring? What if a potential argument – albeit uncomfortable – might trigger even better insights?

It’s easy to imagine that Books@Work, particularly an early session with a new group, might lead to some uncomfortable moments. In an interview following the end of a program with union stewards, our executive director asked one participant if the discussions ever went “too far.”

“Too far? No. Awkward, yes,” she said. “But I think when you’re talking about. . . religion and race and politics and things like that, you usually get some awkwardness in the discussion. It’s not going to just be smooth because you’re all going to have different opinions.” 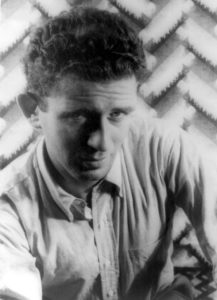 What our participant calls awkwardness is what adult learning scholar Jack Mezirow might call a “disorienting dilemma,” the first step in a process he calls transformative learning, or “learning that transforms problematic frames of reference to make them more inclusive, discriminating, reflective, open and emotionally able to change.” In order for people to challenge their paradigms and grow, they must face a disorienting dilemma, an experience in which learners must critically engage with new ideas. In our example, it’s the moment the first colleague raises an alternative path and the uncomfortable silence that follows its dismissal. In our union steward’s experience, it might be a tense moment in which a fellow participant raises a perspective that requires her to reexamine her own world view.

It’s precisely when we embrace and grow into these moments, as opposed to retreating from them, that we begin to cultivate a new skill – the ability to be comfortable with, and to learn from, discomfort. And when we practice this skill on a regular basis, as in a weekly Books@Work session, we grow individually and collectively. After engaging with her colleagues around topics raised in a variety of literary texts, the union steward found that awkward discussions can be an opportunity rather than a burden.

“It’s just easier to start a difficult conversation,” she said. “Because I see [those I supervise] as my peers, sometimes it’s difficult to say, ‘Hey look, this wasn’t okay what you did or what you said or how you’re addressing this problem.’ I think it’s easier now than it ever has been because it’s almost like we’ve gone over some difficult hurdles, cleared the air and now it’s okay to say things that maybe before would be uncomfortable.”

Tackling tough topics in a risk-free environment like a literary discussion makes it much easier to do so in the actual work environment. When you have the fortitude to clear the air, to sit in the silence, to express a bold opinion in a crowded room, you are growing into confidence, productivity and a new way of interacting.

Adults have a lifetime of experience to inform their decisions and perspectives. Real change requires outside intervention, a moment of discomfort that ultimately forces them to see the world in a whole new light. Executive coach Margie Warrell describes what happens to those who grow into discomfort in Forbes. “Ten years from now there will be people who have achieved extraordinary success,” she writes. “While we don’t know who they will be, one thing is sure – they won’t be people who have stayed inside their comfort zone.”