Psychological Safety and the Making of a Great Team

We all know the story. It was 1980 at the height of the Cold War. The United States hockey team, in an incredible feat known as the Miracle on Ice, beat the Soviet Union to claim the Olympic gold. For most, the fairytale ends there, the American team victorious.

But on the Soviet team’s flight back to Moscow, another story unfolded. The coach began to insult individual players and dole out unfair blame. A defenseman named Valeri Vasiliev furiously interrupted and, in a brave moment of protest, reprimanded the coach and demanded he takes back his comments. The Soviet team went on to become the pre-eminent power in world hockey, virtually unbeatable for the next four years. 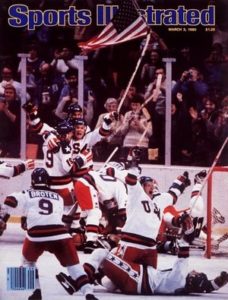 March 3, 1980 cover of Sports Illustrated, [Fair Use] via Wikimedia Commons

Author Sam Walker describes this episode in his book The Captain Class and owes the Soviet team’s subsequent dominance to Vasiliev’s candid confrontation. Identifying what he believes to be the sixteen greatest sports teams of all time, Walker’s book sets out to determine what these elite teams have in common. One discovery? Each successful team had a captain that, like Vasiliev, encouraged or demonstrated healthy conflict and dissent.

Amy Edmondson, psychologist and professor at the Harvard Business School, calls this trait “psychological safety,” or a team’s ability to take risks and be vulnerable without fear of reprisal. And it’s not just for sports teams. Google identifies psychological safety as “far and away the most important” dynamic that makes a team successful in the workplace.

Every day at Books@Work, we see mounting evidence that psychological safety is at the heart of a great team. But we’ve also discovered that it’s a team behavior we must nurture regularly. Vulnerability is not easy. Admitting mistakes or weakness often doesn’t come naturally. Challenging your boss when you disagree or see a better way requires confidence and communication skills that only come with practice.

At Books@Work, we “practice” psychological safety with literature. We remove people from the work environment and put them around a table with a text and a professor as a guide. No one is an expert. Every perspective has equal weight. If a team lead shares an opinion on a certain character, the lowest-ranking member of the team can disagree respectfully without risk. Team members learn about each other – how they think, how they express themselves, what they value, what they worry about. Isn’t it easier to be vulnerable when everyone else is doing it too?

Recently, a leadership team at an international manufacturer engaged Books@Work as part of a larger initiative to improve team effectiveness. They found the experience eye-opening and compelling. “[Books@Work is] extremely valuable because it’s an area where you can practice with no penalties,” one member of the team told us after the program ended. “That’s really the value of it is saying, ‘Guess what, guys? For the next hour, you are all equal.’”

Another team member found that the communication skills practiced in Books@Work spilled over into the team’s day-to-day dynamics. “It’s helped just our overall dialogue as a team. . . I think it’s helped with a much freer flow [of] conversation in the meetings.” Another shared that the program encouraged “being more frank with each other and finding ways to be either more transparent or more open with the discussion.” The team, he continued, was more willing to have “a little more direct conflict.”

A team can have top talent, a shared vision and a solid plan of execution, but if they don’t feel safe with one another, none of that matters. Disagreeing with your team lead in a profound book discussion might seem trivial. But doing so makes it much easier to challenge your boss – or your hockey coach – when the stakes are higher and it really counts.