Why do We Read Mysteries?

For my first seminar as a Books@Work instructor I chose to teach Raymond Chandler’s The Big Sleep (1939). I’d never taught it before but it has long been one of my favorite books – before I read it for this seminar I’d probably read it ten times. I was excited to learn, at the first meeting, that none of the participants besides me had previously read the book or seen the 1946 movie, starring Humphrey Bogart and Lauren Bacall.

When we introduced ourselves at that first meeting I was struck by the diversity, in all senses of the word, of the participants. They were about half men and half women, all races, between 30 and 65 years old, worked in very different fields and had very different backgrounds and interests from one another. Driving home after that first meeting, I thought that I had never taught a class whose members were as different from one another, in significant ways, as this one.

In the second meeting we discussed the first half of the book, and it was thrilling to see how much they enjoyed The Big Sleep. We covered issues ranging from the role of technology in literature and real life to Chandler’s employment/examination of ethnic stereotypes. The highlight, for me, was a conversation, fully initiated by seminar members (as opposed to me), about the different emotional and intellectual needs that mysteries, whether in literature or in movies/on TV, had filled for people at different periods in their lives.

One student, a woman in her sixties, reported, “Right now, I’m not much into mysteries. But immediately before this most recent phase of disinterest, I liked to journey into the warped minds of criminals. That was why I was such a fan of John Banville’s The Book of Evidence. I’ve also often liked series with an alienated but cultured protagonist crime-solver. This would be the detective Adam Dalgliesh in the P.D. James novels, or George Smiley in John Le Carre’s books.

But mysteries don’t always have to focus extensively on dark areas of the soul.

When my kids were little, I followed Anne Perry’s Thomas and Charlotte Pitt. Thomas was fine, but I was more focused on his wife Charlotte. Quick-witted and strong-willed, she often helped him solve cases. She and Thomas would sit in front of the fire after the kids went to bed and solve heinous crimes together.”

Another student, a woman in her thirties, wondered aloud what her current obsession with the various Law & Order shows, and particularly Law & Order: SVU, in which every episode is about a sex crime, said about her emotional and intellectual needs. Discussion then turned to how for many students, mysteries don’t reflect their emotional and intellectual needs but actually cause them. A woman in her forties speculated that SVU’s reliance on worst-case scenarios – almost every episode treats an unbelievably horrific event that happens to an unbelievably small number of people – resulted in her constantly imagining those scenarios while engaged in her daily life.

It’s been four months since that meeting, and I still find myself returning to their reflections.

In the third and fourth meetings we discussed the final half of the book and watched the movie. The book and movie overlap, differ and talk past one another in various ways, and we delighted in debating why those similarities and differences existed, and how they added to or subtracted from the aesthetic value of the book and movie. I consider the seminar as a whole to have been successful because a work of literature enabled people from different backgrounds and with different interests to engage intellectually and socially in a way they might not have otherwise. And great mysteries like The Big Sleep are especially suited to that type of engagement, as the genre requires them to be highly believable while also allowing for wide speculation. 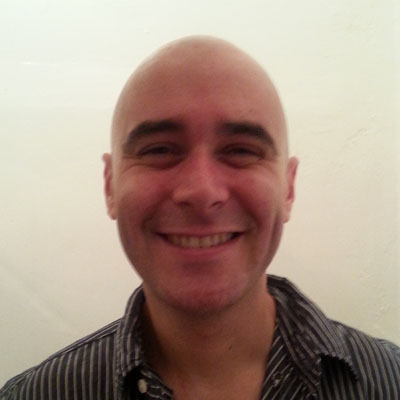 Greg Weiss is a Lecturer in the Expository Writing Program at New York University.