A few days ago, the University of Connecticut won the NCAA basketball tournament twice, taking titles in both the men’s and women’s tournaments. The Lady Huskie’s victory over Notre Dame was a particularly notable accomplishment, as it was the first time two undefeated teams met in the championship game. Athletic victories do not come easily, as we all know.  Performing in the most challenging of competitions requires countless hours of practice, conditioning, and hard work.  The results deserve our admiration and our wonder, even our aesthetic appreciation: as the philosopher Hans Ulrich Gumbrecht has pointed out, athletics can be a thing of beauty.

Most of us acknowledge that the physical abilities required for athletic accomplishment can only come through dedication and effort. And many of us are personally willing to embrace that challenge, spending time and money to get our bodies in shape, witnessed in the proliferation of CrossFit and extreme home workouts like P90X. However, I think it is safe to say that we are less likely to take the same attitude toward our mental fitness and the development of our intellectual abilities. We are a culture obsessed with hard bodies yet content with soft minds.

This privileging of body over mind, physical excellence over intellectual growth, is nothing new. In his 1854 Walden, Henry David Thoreau made an impassioned plea for what we might call the athletic reading of challenging books (a topic we explored in our last post). For many people, Thoreau is remembered as a forerunner to “off the grid” American self-reliance, the lone cabin-dweller enjoying direct contact with nature. If we remember Thoreau only for his ecological consciousness, however, we miss one of the most compelling defenses of active literacy in American literature.

For Thoreau, reading is a strenuous activity that should be approached with energy and dedication. He treats it more like training for a marathon than sitting on the couch watching Shark Week:

To read well, that is, to read true books in a true spirit, is a noble exercise, and one that will task the reader more than any exercise which the customs of the day esteem. It requires a training such as the athletes underwent, the steady intention almost of the whole life to this object. Books must be read as deliberately and reservedly as they were written.

I take this passage to refer to reading as a form of thinking with and through a text – attending to its architecture and movements purposefully, as if one were somehow able to recreate the very process of its genesis. Thoreau calls us to step beyond casual reading, comfortably pleasing ourselves with books we like, but, instead, to approach reading like an hour at the gym: hard, exhausting, even uncomfortable, but also exhilarating, rewarding, and fulfilling.

Sound challenging? Thoreau raises the stakes, going so far as to say that, actually, most of us aren’t yet up to this task:

The works of the great poets have never yet been read by mankind, for only great poets can read them. [. . .] Most men have learned to read to serve a paltry convenience, as they have learned to cipher in order to keep accounts and not be cheated in trade; but of reading as a noble intellectual exercise they know little or nothing; yet this only is reading, in a high sense, not that which lulls us as a luxury and suffers the nobler faculties to sleep the while, but what we have to stand on tip-toe to read and devote our most alert and wakeful hours to.

To truly engage the best books, Thoreau claims that we need to develop the imagination, attention, and linguistic rigor of their authors.  If you want to play halfcourt basketball with the UConn Huskies, you’ll need to practice your shots; if you want to bat with Miguel Cabrera, you’d better hit the cages.  Thoreau accuses us of failing to take our reading this seriously, contenting ourselves with a mere utilitarian literacy.  We turn to books when we want to disengage, not at our most “alert and wakeful hours.”  And, as a result, we are intellectually anemic, with a cramped vision of ourselves and our capabilities.

In these passages, Thoreau reminds me of a dedicated trainer or a demanding football coach: he talks tough because he knows that we are capable of so much more as readers. And he ends with a solution. Instead of the “common schools” of New England, he argues that we need uncommon schools, “so that we did not leave off our education when we begin to be men and women. It is time that villages were universities, and their elder inhabitants the fellows of universities, with leisure — if they are, indeed, so well off — to pursue liberal studies the rest of their lives.” The result of this investment in ourselves as readers has the potential to transform the entire community: “Instead of noblemen, let us have noble villages of men. If it is necessary, omit one bridge over the river, go round a little there, and throw one arch at least over the darker gulf of ignorance which surrounds us.” In other words, we should be focusing on our community’s intellectual and imaginative health as much as we focus on our physical or economic well-being.

Thoreau chides us because he believes in us.  Imagine the cultural transformations that could occur if we treated our reading as we treat our sports, if we celebrated our minds with the same energy that we devote to our bodies.  We cheer on the UConn Huskies for their remarkable feats, and rightfully so.  Why couldn’t we also celebrate powerful literature, not from a distance or by reputation alone, but through the intimate knowledge that comes from powerful reading? 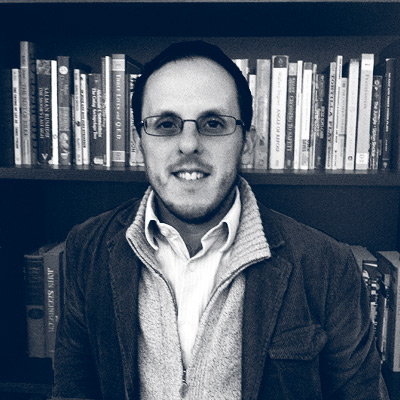 Paul Jaussen is an Assistant Professor of Literature at Lawrence Technological University and former member of the Books@Work team.