Revisiting the Classics: Literature’s Power to Humanize the Workplace

At Books@Work, we constantly read and evaluate new texts – short stories and books – for interesting opportunities to trigger engaging and timeless discussion among colleagues. We look for new perspectives, especially from writers whose work is “outside” the traditional canon of Western literature.  Whether a powerful portrait of immigrant experience from Edwidge Danticat, or a fascinating take on #metoo from Jamel Brinkley, we take pride in introducing new voices to our participants.

But I’ve recently had a chance to revisit the power of a few classic short stories.  Far from dry, classics are – well, classic – for a reason! A few examples may encourage you to return to some texts you know with fresh eyes. Through the lens of life experience, classic texts create a timeless window into effective and ineffective human relationships. 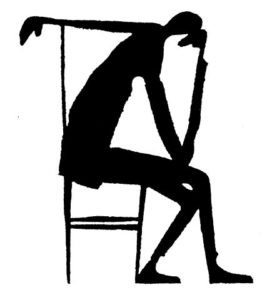 A group of machinists prides themselves on the variety of their Books@Work reading –– from narrative nonfiction to Shakespeare and nearly everything in between.  Early in their Books@Work journey, they read a variety of short stories by Ernest Hemingway. At first stymied, they explored Hemingway’s “iceberg theory.” Intentionally brief in his descriptions, Hemingway actively sought the power of the unwritten word: the implicit story that lies beneath the surface.

The leader of the team was intrigued. Borrowing a page from Hemingway, she began to adopt a new approach to engaging her mostly male colleagues: listening for what they did not say. “I’ve been able to solve some of the problems I didn’t know were there just by looking past what I was being told by my team.”

Exhibiting a different sort of simplicity than Hemingway, John Steinbeck’s The Long Valley nestles the human condition in a very specific context: the hills of the Salinas Valley in California. In Steinbeck’s “Johnny Bear”, a limited young man dispassionately reports on the town’s gossip in exchange for drinks at the local bar. To the amusement of his patrons, Johnny Bear quietly reveals the ugliest side of human nature, but his stories get too personal, go too far.

Initially struggling to find relevance in the story, the tide turned for a leadership team that asked themselves the question, “Are we ready for the truth?”  In work, as in life, we tend to select the “truths” we want to know and the “truth tellers” we want to believe. The group explored the power of heeding the insights of others at all levels of the organization, even when they share unwelcome or uncomfortable information.

Shocking in its timeliness, Franz Kafka’s “A Hunger Artist”, published in 1922, depicts a professional faster at the pinnacle of his performing career.  Managed by rules that limit his fast to forty days, he strives to extend his starvation, despite waning interest from the public. His promoter gives preference to younger, newer “exhibits” and his audience dissipates. But the hunger artist stays the course, perfecting his craft and waiting for the tides of popularity to turn back his way.

A group of municipal leaders explored the powerful connections between Kafka’s stories and the state of the contemporary American workforce. As manufacturing jobs are replaced by automation and lower-cost workers overseas, reskilling workers becomes an urgent mandate. Kafka’s protagonist presents a cautionary tale for why resilience may be more important than mastery. As jobs in a wide variety of sectors fall prey to automation or artificial intelligence, are we helping people to prepare for less certain futures? The possibilities for trenchant reflection are endless.

These are but three examples of the staying power of classic stories, and the new perspectives we glean by revisiting them with more experienced eyes. Their common denominator: the power of the human relationship and the tragic impact of marginalizing the human experience.

Whether Hemingway’s encouragement to pay closer to attention to words unsaid, Steinbeck’s reminder that truth lies where we least expect it, or Kafka’s sober reminder that we need each other to survive, we are all in this together. The classics help us remember – and nurture – the most important elements of human nature.