What’s a Story?: On Fiction and Lies

This week, we are pleased to feature the writing Books@Work professor Aaron Hamburger. Aaron was awarded the Rome Prize by the American Academy of Arts and Letters for his short story collection, The View from Stalin’s Head. His next book, a novel titled Faith for Beginners, was nominated for a Lambda Literary Award. He has taught writing at New York University, the Stonecoast MFA Program, and the George Washington University.

What’s a story?  In response to that question, many of us might think of a tale with a beginning, middle and an end, or maybe a literary classic of short fiction like Hemingway’s “Hills Like White Elephants” or Jamaica Kincaid’s “Girl.”

But stories exist beyond the page.  They’re part of our everyday repertoire for coping with existence.

One way to define the term “story” is any attempt – written, told, or perhaps most commonly and powerfully, thought – to impose a narrative on life.  As author Joan Didion says, “We live entirely, especially if we are writers, by the imposition of a narrative line upon disparate images, by the ‘ideas’ with which we have learned to freeze the shifting phantasmagoria which is our actual experience.”

When we create these false starts and ends, we create new universes, momentarily transforming ourselves into false gods.  When we tell a story, it’s as if we believe we control the world.  And like any form of control, it’s always an illusion.

For the past year, as I’ve been facilitating short-story discussions at the company Fairbanks Morse Engine, a recurring topic of conversations has been the falseness of storytelling, both on the page and in life.

We’ve all been there.

“Can you believe what he did?”

“Did you hear what she said?”

“Let me tell you the story.”

And then we construct a fiction, which leads to a second aspect of the falseness of storytelling: not just the warping of time but also the warping of personality.  Because often, the stars of our stories are ourselves, playing the role of both hero and victim, in opposition to some Other who is always cast as the villain.

In order to make these roles feel convincing, we as storytellers are forced into making a set of assumptions about some other person that are almost always impossible to verify.  He is selfish.  She is selfless. He’s good to her kids.  She neglects her clients. 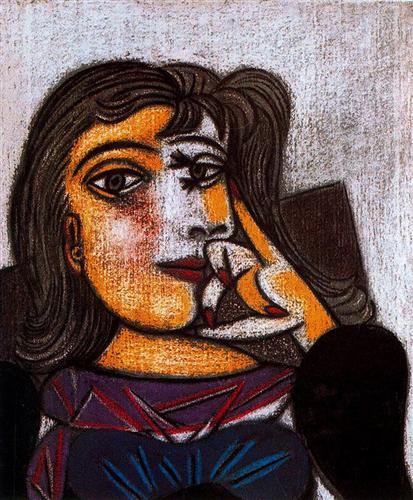 Are any of these things true?  Impossible to know for sure.  Even if you could ask the people we tell stories about for the truth about themselves, they might not be able to tell it. They simply may not know it.  (Want proof?  Try describing a stranger you’ve passed on the street.  Now try describing yourself.  Which is easier?)

During one of our lively conversations at Fairbanks Morse, the company president, Marvin Riley, wondered aloud:  “What’s the point of reading these sad stories?”

It’s an excellent question.  Why add to the lies we tell ourselves and others, often without meaning to, by reading more lies?

One reason might be that by removing the technique of storytelling from life, where it can cause so much dangerous miscommunication and re-enacting it through the somewhat safer, somewhat controlled laboratory of art, we can become more cognizant of the stories we tell ourselves every day and the deleterious effects of that practice on our lives.

I’m thinking here of the title to John Dufresne’s guide to fiction writing, titled The Lie that Tells the Truth.

In other words, through healthy storytelling – reading and discussing literature  – we can deconstruct unhealthy storytelling – what we do in life.  For example, a discussion of the stories in Elizabeth Strout’s Pulitzer Prize-winning novel-in-stories Olive Kitteridge led to a dissection of common defense mechanisms we indulge in and encounter when dealing with others at work and at home.  While reading “Interpreter of Maladies” by Jhumpa Lahiri, our class examined the sometimes hilarious, sometimes offensive stories we tell about people whose lives are different from our own.

When I’m not teaching for Books@Work, I write my own stories and teach story construction as a professor of creative writing, usually to students who are trying to earn a good grade, or who dream ultimately of publication.  Together, we affirm the power of storytelling and invent new ways of doing that work more effectively.

But what I find so refreshing about teaching at Books@Work is that we focus on the results of these storytelling efforts for readers.  In my case, those readers are my students at Fairbanks Morse, extremely thoughtful, intelligent and sensitive women and men who are eager to grapple with the complex texts put before them.

Our sessions begin with two simple questions:  what did you remember about the story you read? And what questions do you have about it?

In response, each student creates a narrative about the narrative he or she has just consumed.  And then together we deconstruct those narratives until there’s nothing left but a room (sometimes real, sometimes virtual, thanks to Google Hangouts) of people with their souls exposed.

What could be more thrilling or fulfilling than that? 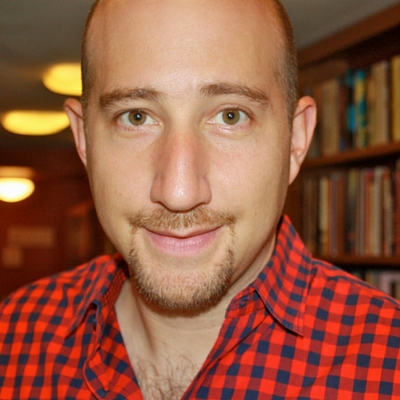 Aaron Hamburger is an accomplished author and seasoned Books@Work facilitator.