Can We Talk About Race at Work? ZZ Packer’s “Brownies” Shows Us How

At Books@Work, we look for books and stories with multiple “handles,” or angles to address. We love narratives that provoke tough questions and stir debate, that kindle memories and foster connection. Sometimes a story may defy the reader’s expectations and assumptions. And sometimes a story may seem like it’s “about” one thing – but a well-facilitated conversation exposes deeper thematic layers.

In ZZ Packer’s “Brownies,” the most popular members of an all-black girl scout troop convince their fellow Brownies to confront an all-white troop for using a racial slur. To avoid spoilers, suffice it to say that the confrontation does not go as planned – and the girls realize they have spectacularly misjudged the situation. 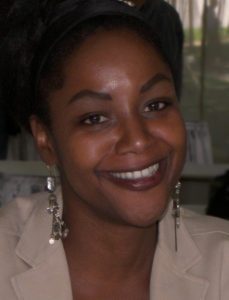 One Books@Work participant described how his group avoided discussing the racial elements in the story, until a fellow colleague acknowledged the elephant in the room:

“People were discussing the dynamics between young girls and things like that. Then one of my colleagues goes, ‘You know, I may be missing something, but I think this story is about racism.’ And everybody was just kinda like, ‘Oh. I was feeling the same thing, but do I say that?” It shifted the conversation. It became something bigger. Something where there were forces at play that were beyond the control of the characters.”

Another participant in the group agreed. “People were tip-toeing around one of the major elements of the story, which was racial tension: blacks against whites,” she said. When her colleague spoke up, she felt relief as the conversational dam opened. “I thought, ‘Oh, hallelujah’ and then felt comfortable sharing my opinions. She and I met up a couple days later in the lunchroom and continued talking about it.”

It’s not easy to talk about race and racism at work – and yet these are essential conversations at the core of any inclusive workplace. A fictional story like “Brownies” creates a comfortable space to explore uncomfortable issues outside the pressures of the everyday work environment. When one person – either a participant or a skilled professor facilitator – speaks up, a group can begin to relax and dive into issues that may feel unsafe.

Another Books@Work participant found that his group’s conversation about “Brownies” raised crucial questions for how he and his fellow colleagues relate to each other:

“How does [race and difference] affect how we see each other? How we see our work? And what does it mean that I come to work and it’s part of who I am, but it’s not the only thing I am, that I’m bigger than this. I’m more deep and more complex, and so are you. To recognize that in the other person, say, ‘Oh, okay. Wait a minute. I’m really not seeing you as a fully fleshed human being.’ I think this conversations was helpful in that regard.”

While “Brownies” provides a powerful platform for discussions about race and bias, participants also explored more unexpected avenues of conversation. A group of executives in a manufacturing company considered how groupthink and a blind sense of mission can cloud judgment – particularly as leaders. Another Books@Work group discussed the gender dynamics at play in the story. Would a boy-scout troop have behaved differently? Do boys and men experience the same pressures to conform?

ZZ Packer’s “Brownies” offers a one-two punch for Books@Work groups: it provides numerous angles for discussion, and it upends expectations in a thought-provoking way. Most importantly, the story is a vehicle for crucial and productive conversations about race and difference in the workplace. One participant stressed that the story “transported him to a place of contemplation.” When it comes to successful Books@Work stories, it’s hard to beat that.