The Search for Beauty: One Voice, A New Perspective

More often than we may realize, one person’s voice, quietly asserted in a moment, changes how an entire group sees things. I witnessed such a moment a few weeks ago during a Books@Work session that brought together police officers and community members to discuss Gabriel García Márquez’s story “The Handsomest Drowned Man in the World.” The story is a classic example of the literary genre known as magical realism – but this moment in the discussion gave new meaning to that term.

Gathering in a local branch of the public library, the group of twenty listened to the story and shared their thoughts on this strange tale of the profound change that comes over the citizens of a remote town when a drowned man washes ashore. One participant ventured to say that the story was just plain weird and others laughingly agreed that they didn’t know what to make of it at first. The very notion that a drowned man could be seen as handsome and influential seemed absurd: How could his body possibly have changed the way the townspeople thought about themselves and behaved toward each other? 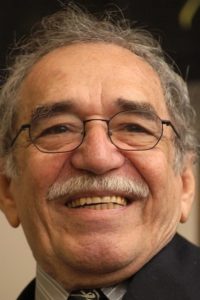 Yet people quickly made connections to their own experiences, offering insights into the meaning of caring, responsibility, identity and community. They expressed concerns about their lives and the problems they saw around them. The far-ranging conversation came into sharp focus, however, when one person’s voice said, “I’d like to go back to the story. Just like those people, we are always looking for ugly. But it’s only when we start to look for beauty that anything really starts to change.”

A collective pause followed her comment – and then a dramatic change in the room. People who had never met before that evening began to share their thoughts at a new depth and found a firmer level of trust. The story had provided an opportunity for understanding important dynamics at play within this city neighborhood. A police officer described how his interactions with citizens had changed recently when he started to use a bicycle for his patrols. An older citizen was not surprised: Now they were seeing each other as real people. Another officer talked about her work with youth and said that things always changed when she shared a meal with people in the community.

New possibilities opened up within the group just as they did when the townspeople in the story saw themselves in a completely new way because of a drowned man. Ugly became beautiful.

I don’t think that could have happened in quite this way without the “neutral” ground of fiction as a catalyst. Like the people in the story, we in the group had a different conversation than we would have had if we had convened to confront community issues. The issues were just as real, but the response to them was magical. You saw and heard it when many participants lingered long after the session ended and the room was filled with handshakes, hugs and lively chatter.

I, for one, came to discuss a story, but I left with hope for a new kind of dialogue within a group that might have seemed at odds before Books@Work brought us together. Others may have had different reactions to the experience that evening, but I believe that the feeling of mutual respect and shared discovery provided a foundation for future conversations that might have the power to move a community forward in a positive direction – together.