The Iceberg Effect: The Revelatory Power of Reading at Work

Creative writers who are just starting out often hear the same piece of advice. They must hone their ability “to familiarize the strange and mystify the familiar,” in the wise words of Toni Morrison.

Think about the greatest novels you’ve ever read. Tolkien’s Lord of the Rings trilogy is pure fantasy, a tale of elves, talking trees, strange lands and dark magic. But there are undeniable echoes of reality – the hunger for power, the challenges of a diverse world, the bonds of friendship. The more we read, it’s clear that the struggles of Middle Earth aren’t that different from our own.

A story like George Saunders’s Puppy has the opposite effect. A mother and her two children drive to the home of a woman who’s advertised a puppy for sale. “I love it, Mommy, I want it!” squeals the daughter as she cuddles the dog. It’s a situation you can easily imagine, until the mother sees a little boy chained to a tree in the backyard, and just like that, a normal interaction becomes something else entirely. 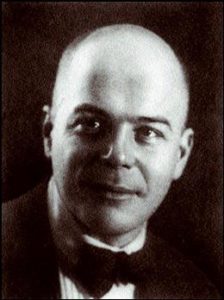 The concept is called “defamiliarization.” Coined in 1917 by Russian literary theorist Viktor Shklovsky, it’s the notion that by presenting something familiar in a strange way (or vice versa), we come to understand it more deeply. And when you really think about it, we encounter defamiliarization every day – in real life, not just in the books we read.

It’s your close friend who’s so well put together, who has a beautiful family and a fulfilling career – and who tells you over dinner that she’s struggling with depression. Or it’s a neighbor who’s on the opposite end of the political spectrum, whose opinions mystify and anger you, but who reveals that he’s also dealing with an elderly parent’s transition to a nursing home.

All the time, those who are close to us reveal aspects of themselves we’ve never seen; or those who seem alien to us share an experience that you’ve experienced too. It’s when we grasp these moments of surprise – of defamiliarization – that we build and strengthen our bonds with others.

A recent Books@Work participant commented on how quick we are to make assumptions about our colleagues based on our everyday interactions with them. “They might be scary or intimidating or they’re mean,” she said, mentioning a difficult relationship she’s had with one teammate. At the end of the program, the participant said the teammate had “shared a lot of personal stuff, and I was like, wow. Now I see her in a whole new light, and there’s a whole new respect there. She’s not as scary as I thought she was.”

The average work day isn’t particularly conducive to getting to know each other on a deeper level. At work, we’re often in our own world and focused on the task at hand; we don’t have many opportunities to connect with colleagues. Books@Work is unique in that it creates a safe environment for those moments of surprise.

When we read, we recognize ourselves in the text, and we are forced to challenge notions that we cling to. And when we discuss fictional situations and fictional dilemmas in a work environment with real colleagues, we start to see them as whole people rather than just coworkers.

One Books@Work participant called it an “iceberg effect.” During the work day, we only see the tip of the iceberg in our interactions with colleagues; with Books@Work, we get to see what’s beneath the surface. Often, our colleagues’ whole selves aren’t that different from our own.