“Shakespeare Got a Lot Better Since High School…”

On day one at Swagelok I asked the Books@Work participants why they signed on for the program:

“The program was a natural. I love to rip through books to find out what happens.”
“I don’t read much besides work-related stuff anymore and thought the program would be a good way to get back into it.”
“I just thought the idea of talking about what I read is cool.”

So far so good. Now to talk about the reading for the first day’s session – Act I of Shakespeare’s Othello. “Tell me honestly how you feel about reading Shakespeare,” I asked.  The discomfort was palpable. While some stared at their laps, others were braver:

“I just don’t get the language.”
“I haven’t read Shakespeare since high school. Reading Act I was hard.”
“I have liked the few Shakespeare plays I’ve seen, but reading him is tough. I’m not sure what’s going on.”

So we had a few hurdles.  First, I played the spoiler: “I hate to tell you this, but you already know the end – everybody dies.” Puzzled brows.  “It is a tragedy, after all. Reading Shakespeare is not about how he ends the story; it’s about how he tells it.”  Then, after offering a bit of context, I pointed out that Shakespeare provides us few stage directions and asked everyone to commit to thinking like stage or film directors for the next month.

By the second session, no one was asking questions about “what’s going on” in the play. They were discussing what motivates Iago, why a leader like Othello is so vulnerable to manipulation and why Desdemona is so clueless about her husband’s jealousy. And they were doing so with ownership and animation:

“My Iago gets a thrill out of manipulation – he does it compulsively and uses the truth as much as he uses lies.”
“Desdemona contributes to her own demise – I see her as a bit flirtatious, a woman who flaunts her sexuality.”
“It’s lonely at the top. That’s why my Othello listens to Iago. We all know people who try to steer their bosses’ thinking.”

In the third session, I broke the news that Shakespeare rarely told original stories and that his source for Othello was Italian author Giraldi Cinthio’s 1565 story Hecatommithi.  While the plots of the two versions are similar, the differences are significant. By considering the changes that Shakespeare made to Cinthio’s story, they were able to make inferences not only about Shakespeare’s effectiveness as a story teller, but also about his insightful presentation of issues that still concern us today – “otherness” in society, gender roles, privilege vs. merit.

In the final session, I held my breath and put everyone to the test.  “So after four weeks of reading and talking about Shakespeare, have your feelings about him changed?” Lots of thumbs up and vigorous head nodding:

“But I’ll never read Shakespeare again before bed. I woke up in the middle of the night feeling so terrible about Desdemona being strangled!”
“I have two more of his plays on my reading list and can’t wait to get to them.”
“Shakespeare sure got a lot better since I was in high school!”

For me, bliss. For them, stellar critical thinking. 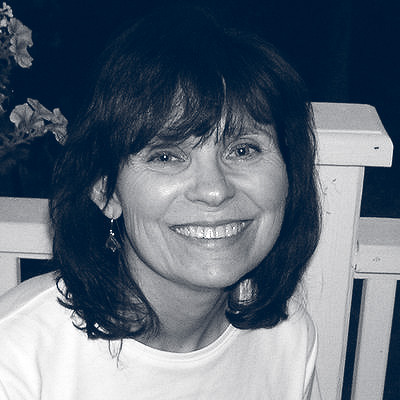 Barbara Burgess-Van Aken is a Shakespeare scholar with a wide variety of experiences in teaching, higher education administration and non-profit organizations.