Suspending Disbelief to Enhance Trust in the Workplace

Today, we are thrilled to feature a piece authored by Professor Babak Elahi of the Rochester Institute of Technology, who reflects on his experience facilitating a Books@Work session with a group of employees in a manufacturing plant.

Can a hairdresser from 1958 teach an alpha male manager in an industrial factory something about leadership today? She can if he’s willing to listen – not just to her, but to his colleagues’ comments about her. A story about a woman and a boy in 1950s Harlem inspired a group of white men in an industrial company in rural Western New York State to begin to trust each other’s attitudes about work.

I facilitated a conversation about Langston Hughes’s short story “Thank You, Ma’am” for Books@Work with a group of a manufacturing plant’s employees. The group included floor employees and members of upper management. In Hughes’s story, a boy attempts to snatch a woman’s purse. The woman deftly wrestles him to the ground, brings him home, feeds him and, just as deftly, schools him. This very short story reveals a back story about the woman – Mrs. Luella Bates Washington Jones – who, in trusting the boy, teaches him to trust, and to respect himself and others. 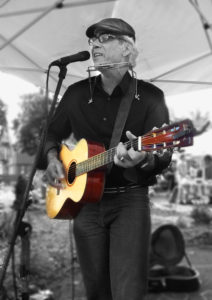 The biggest problem – and the greatest potential – this story held for the men in the group was what they perceived as an implausible premise: This might have been possible in 1958. But today? How could Luella trust someone who just tried to rob her? No one today would dare bring a common thief into their house. But when I asked them to zoom out a bit, to think about how transgression, trust, and empathy work in general, and not just in this story, they entered a space of mutual regard that helped them understand each other and the world of work.

In this group of eight men, it was clear that some were newer and held lower staff positions. One man a long-time shop floor employee, voiced his disappointment in the story’s unrealistic portrayal of a social relationship. He simply couldn’t believe that Luella could be so trusting, nor that the boy could be rehabilitated so quickly. It just seemed naïve by today’s standards. Fair enough. But, I asked, what if we generalize the premise, think of the characters simply as one person who has transgressed and another who decides to trust, despite the transgression?

At this point, another employee, senior to the first and something of an alpha male, opened up to the possibility that Luella might offer him lessons on leadership. He admired the way Luella surprised the boy – treated him in a way he did not expect, thus throwing him off balance (literally and figuratively). He felt that this “disruption” – to use today’s parlance – of expectations is something he might adopt with his team. For example, what if instead of coming down like a ton of bricks on someone who has dropped the ball, he shows empathy and trust? By the same token, a third employee opened up about his anxieties about pleasing his superiors.

We got to this point in the conversation through a sort of ethical suspension of disbelief. In giving themselves permission to believe the premise of the story, they began to believe in each other’s interpretations, and thus to trust each other’s perspectives and ethics. For these men, suspending disbelief became a way to trust in a different dynamic for working together.

The story itself opened a way to each other. The first two employees mentioned above found mutual ground. They might have found that space some other way, but in a work-related context, it might have been more treacherous territory. They entered a place of mutual regard that may well be accessible only through fiction. Fiction allowed them to speak to each other about the anxieties of work – the pressure the second (the manager) placed on the first (his employee), the anxiety the latter had of performing and the resulting pressure he placed on himself. The story gave them the means to transcend those hierarchies and insecurities to explore a common set of ideas and perspectives.

How does fiction do this? Realist short fiction, in particular, does this by suspending disbelief while grounding the reader in reality– desire for a pair of shoes, a walk home late at night, a small kitchenette, a cup of cocoa. It tells a very human story, in an objective context that lets us be at once the observer and the participant. It’s a way of re-imagining reality, not just in the story, but in our lives. It turns out that an alpha male manager, his reports and his colleagues – and many more in the workplace today – still have quite a lot to learn from a story published 60 years ago.

Babak Elahi is the Department Head of Liberal Studies at Kettering University.