The One Trait Teams Need for Better Productivity and Collaboration

In a recent article for the New York Times, Charles Duhigg takes a close look at Project Aristotle, a Google initiative that sought the answer to one burning question: what makes a good team? As Duhigg explains – and employees everywhere know – modern worklife is a series of collaborations and interactions. Your ability to work on a team can make or break your success in an organization, while team productivity directly affects companies’ ability to deliver on their goals.

According to Duhigg, employees in Google’s People Analytics division sifted through decades worth of research on team productivity, while analyzing 180 teams throughout their organization. Eventually, with some help from Carnegie Mellon, MIT and Union College research, they realized that the most productive teams are those in which members speak “in roughly the same proportion” and have high “social sensitivity” – the ability read or understand how others are feeling based on audio or visual cues.

Ultimately, Google found that these teams possess what Harvard Business School Professor Amy Edmondson, whose work greatly influenced Project Aristotle, defines as “psychological safety.” Described by Edmondson as the “shared belief held by members of the team that the team is safe for interpersonal risk taking,” psychological safety encompasses good communication, trust and empathy for one another.  In her TEDx Talk on the topic, Edmondson clarifies that psychological safety is the “belief that it’s absolutely okay, in fact it’s expected, to speak up with concerns, with questions, with ideas, with mistakes” knowing that you won’t be “punished or humiliated.” In other words, productive teams don’t have to be made of the best or the brightest colleagues. But they do have to be made up of people who trust one another, who feel comfortable enough to share their lows as well as highs. 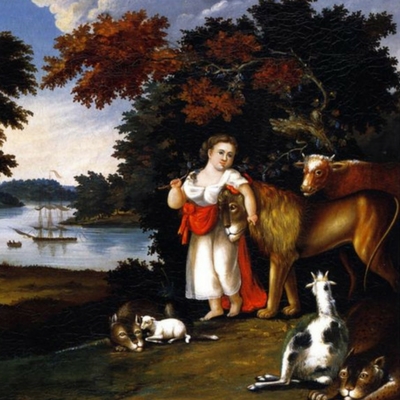 And Google’s research consistently confirms that psychological safety is the most important factor in team productivity. Their :Work article on the topic asserts that psychological safety is more important than dependability, structure and clarity, meaning and impact – all of which are necessary drivers for team success. Google even points out that members of psychologically safe teams are “less likely to leave Google, they’re more likely to harness the power of diverse ideas from their teammates, they bring in more revenue and they’re rated as effective twice as often by executives.”

As Duhigg and the People Analytics team alike recognize, creating the conditions for psychological safety is more difficult than recognizing whether or not a team has it. We can’t fake communication, empathy or trust – nor can we force them. But we can help nurture these qualities in teams and workplaces.

To do so, we first have to veer off the efficiently-beaten path. Duhigg reminds us that to foster psychological safety, we have to move the focus from work to people. For Google, this meant opening up a team meeting by sharing personal information and stories that might not normally make their way into the workplace.

At Books@Work, building psychological safety means discussing a good book and using its story to examine and share our own – not superficially, but thoughtfully, deeply and personally. Discussing literature provides participants the chance to “share their ideas and their personal experiences with one another.” More than this, the literature discussion is a safe space for colleagues to practice using their voices and listening to others. Faced with a good book, we move beyond hierarchies, job titles and even conflicts, and instead focus on the diverse ways of knowing each person brings to the table. We learn more about each other, and we learn more about ourselves. We focus on the human and the personal, and we consequently become better communicators and empathizers.

As Duhigg writes, “No one wants to leave part of their personality and inner life at home. But to be fully present at work, to feel ‘psychologically safe,’ we must know that we can be free enough, sometimes, to share the things that scare us without fear of recriminations. We must be able to talk about what is messy or sad, to have hard conversations with colleagues who are driving us crazy. We can’t be focused just on efficiency.”

And we at Books@Work agree.

Stepping Into Others’ Shoes: Literature and Workplace Diversity
The Meeting of Minds: Safe Spaces at Work
Story at Work: Making Space for Shared Experiences